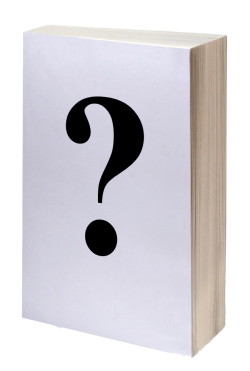 With the obligatory Looking Back At 2019 post out of the way, it’s time for the equally obligatory Looking Forward To 2020 post. So, what’s next for Bryan Mack Books? Good question. I think I have the answers but, as ever, time will tell if they’re the right ones…

The quick and easy way to sum up this whole thing is, of course, Write More Books And Sell More Books! ‘natch. However, as all those who have gone before me will testify, that’s easier said than done.

Since Goal Setting and Accountability are the things we all need to help keep us on track, here’s where I’m planning on going next in my Self Publishing Adventure…

There are two parts to this one: Existing Books and New Books. When it comes to the books that already exist, that’s easy since there’s only two of them!

The Next Prime Minister. This one needs to be updated to take account of the result of the 2019 General Election. It was formatted in Kindle Create first time round but the 2020 version will be done in Reedsy Book Editor. It also needs a paperback version to accompany the ebook.

A Fan Film Adventure In Space And Time!. This one needs an audiobook version, which I’m going to self-record as 1] voice acting is where I started out and 2] I’ve got plenty of recording experience, so when it comes to this sort of stuff I know what I’m doing.

Those of you reading this who have read AFFAISAT will know that there is going to be [SPOILERS!] a sequel. I’m currently writing The Fan Film Book 2 right now.

As regards other Non-Fiction, like every other author I’m sure, I’ve got a folder on my hard drive full of ideas for various new writing projects. It would be nice if some of them saw the light of day. However…

The big thing for this year is that I want 2020 to be the year I finally publish something that’s been a long time coming: My First Novel. Without going into too many details about it just yet, what I can say is that it’s a Time Travel Love Story, it’s intended to be the first in a Series, and it’s an idea I’ve had since 1995! Given that it’s now twenty-five years later, I think it’s about time I finally finished it and put it out there!

This will, of course, require me to pay more attention to the whole Promotion & Marketing side of things. I took some baby steps with it in 2019, but this year I need to get serious about it.

This is something I’ve been thinking about for a while now and I’ve done some preliminary planning for it. Since I’ve got plenty of experience in front of the camera, and I’m a dab hand at video editing, it’s not a daunting prospect in the slightest. The big question is the commitment it will involve in terms of time management, never mind content.

Then there’s the vexed question of Social Media, a necessary evil when it comes to this sort of thing. It’s something that I haven’t really paid a lot of attention to as, up until recently, I was just An Ordinary Bloke. Now I’m a Newbie Self Published Author looking to transition from working for someone else to working for myself, it’s something else I’m going to have to get serious about and pay more attention to.

The first step, as far as going on YouTube is concerned, will be to work my way through the YouTube For Authors module that I get as part of my invaluable and highly recommended Mark Dawson’s Self Publishing 101 Course and then take it from there. The plan is to bite the bullet and start doing that this month. Let’s see if I do or not…

As mentioned above, I need to record the audiobook version of AFFAISAT. Voice Acting is something I’ve wanted to get back to for a while now, and my Home Recording Studio is all set up and ready to go.

Along with the self-recording of the audiobook, there’s also the question of signing up to places like Findaway Voices and seeing if I can maybe get some gigs recording books other than my own…

If anything, I enjoy editing more than writing. Whether that’s self-editing my own stuff, fan editing video & audio, or rewriting other people’s scripts & taking the blue pencil to other people’s books just for the fun of it.

When I was a lot younger than I am now, my dream job would have been to be either a Script Editor in television, or a Book Editor in publishing.

The former ain’t gonna happen now but maybe there’s still time left for the latter. As a sideline to self-publishing, I’m currently doing some Copy Polishing for a publisher which will hopefully lead to more editing work.

I’m pretty happy with the site, given the limited amount of personalisation I can do with it. But there is one thing I want to do…

Back when I was an Undergrad at UWS, I shot some video for a planned Uni project for one of the course modules. In the end it got replaced by something else but the footage still exists on my hard drive. Rather than it simply sitting there taking up valuable space I reckon it’s time to finally edit it all together and add it to the site.

It’s an interview I did with a well-known television actor who starred in a certain Scottish crime drama that you might be familiar with. More than that I can’t tell you right now, but if she’s agreeable to the footage being made public, then you’ll find out who she is!

And that’s the Grand Masterplan for what I want to do with Bryan Mack Books in 2020. It’ll be interesting to see where we are this time next year and how much of those plans I managed to achieve…

The Self Publishing Adventure continues – feel free to join me!