THE GHOST IN THE MIRROR

Book Two of The Paradox Club.

Haunted by the past, hunted by the future, the adventure continues in THE GHOST IN THE MIRROR, Book Two of The Paradox Club, a time travel fantasy romance series.

1967: “John Smith”, a mysterious Chronomancer from the future, has tricked former time traveller Susan Campbell into killing her sister, Phillipa Audrey. Then he takes her through a time door and into the London Blitz of 1940. That’s where she meets Valentine and Milo and sees them die. Now she’s out to prevent their deaths. Unless Death gets her first…

1867: Deborah Whitefield is a girl with a secret. She’s in love with a ghost. A ghost who says he’s from the future. A ghost who lives in the mirror in her bedroom…

THE GHOST IN THE MIRROR continues the story that began in THE VALENTINE TRAP, the debut novel from Bryan McCormack, author of A FAN FILM ADVENTURE IN SPACE AND TIME and THE DALEK FAN FILM INVASION.

The second book in his series The Paradox Club, Bryan writes for readers who, like him, have a love for the time travel fantasy adventure stories of shows like Doctor Who, Sapphire and Steel, Sliders and Timeless. 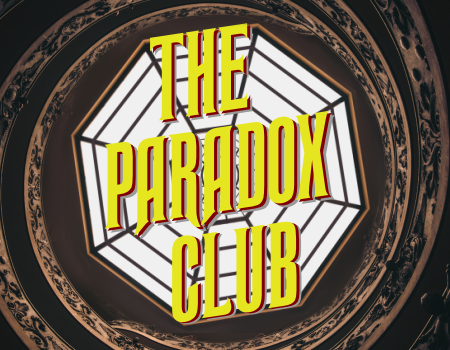 The Diamond Of Tomorrow